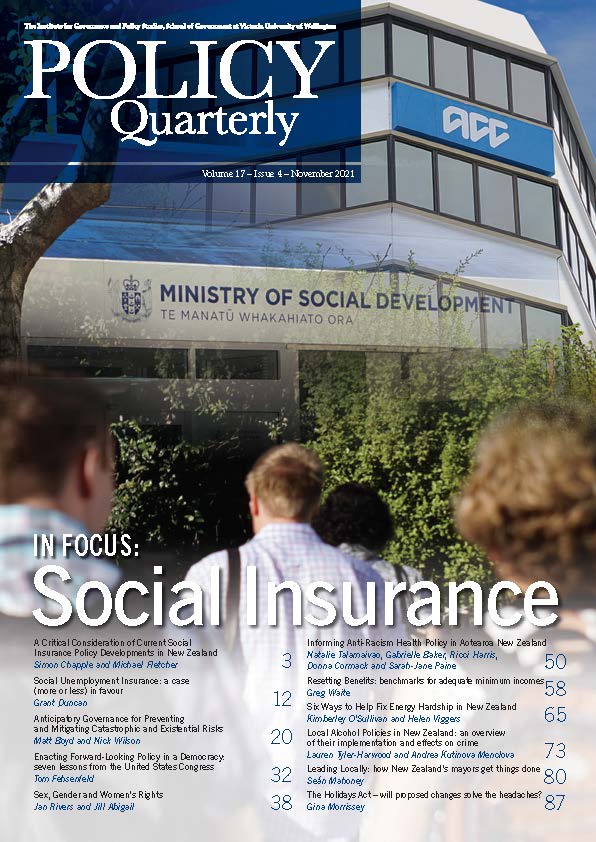 The November issue of Policy Quarterly is a general, rather than special, issue. As such, it covers a wide range of contemporary policy debates, mostly but not exclusively focused on domestic policy matters in Aotearoa New Zealand. In particular, the issue includes two contrasting perspectives on the Labour government's proposal to move to a greater reliance on social insurance and two analyses of anticipatory governance and long-term policy-making, along with contributions on the following topics: gender, racism, income adequacy, energy hardship, the control of alcohol sales, the role of mayors, and changes to the Holiday's Act.