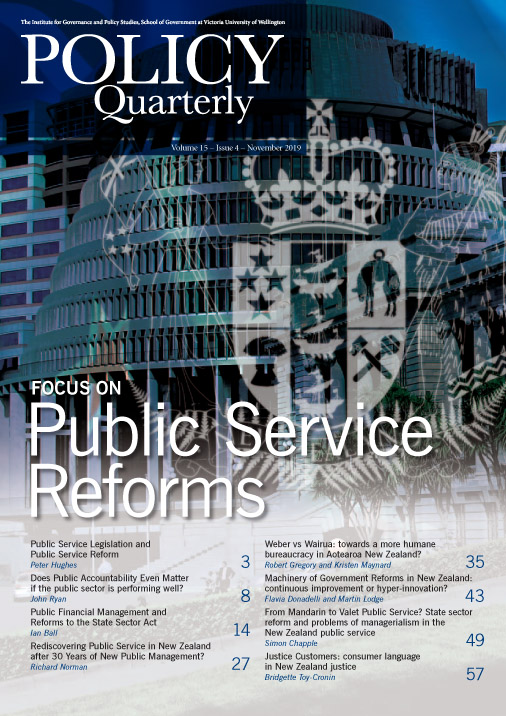 New Zealand is internationally known as a distinguishably ‘entrepreneurial’ country when it comes to administrative reforms. The incorporation of New Public Management ideas through the 1988 State Sector Act and 1989 Public Finance Act has been frequently portrayed as an emblematic case of transformative administrative reform. Since then, New Zealand government has not stood still when it comes to reforms. The Public Finance Act has been amended 58 times and the State Sector Act at least 13 times since they were first enacted. More recently, State Services Minister Chris Hipkins announced what has been presented as the ‘biggest transformation of the Public Service in 30 years’. A new Public Service Act and a new Public Finance Act are now due to replace their predecessors at any time. This special issue of Policy Quarterly brings a most needed and timely reflection on the nature, advantages and potential risks of the proposed reforms. It contains both official and critical views on what we can expect in the upcoming public administrative era in New Zealand, and provides crucial reflections on both philosophical and practical elements of the Public Service Bill and amendments to the Public Finance Act.