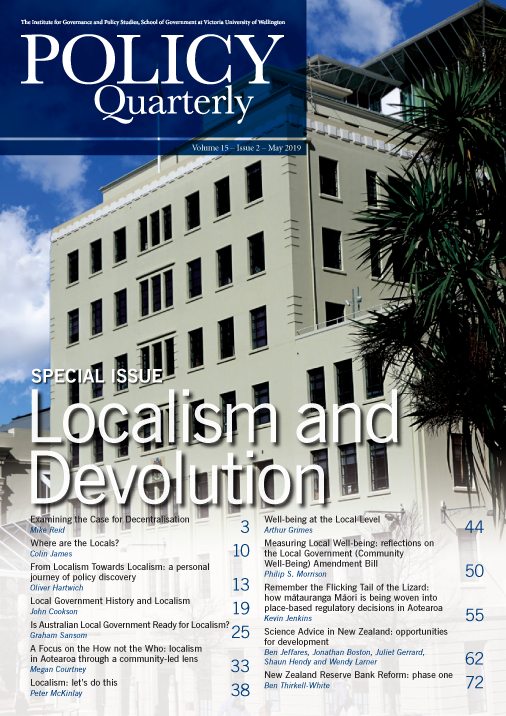 New Zealand, along with most modern democracies, has a system of multi-level government, with central government having responsibility for matters of national significance and local government matters of local or regional significance. And, like similar democracies, the allocation question – that is, how responsibilities
are distributed across orders of government – is a constant matter of debate. The theme of this issue, which is addressed by many of the articles, is ‘localism’.  In the world of public policy localism sits in a constellation of concepts which include subsidiarity, devolution, decentralisation and deconcentration. In its traditional guise localism refers to small units of local government that allow for active participation by citizens.