This article is an ‘insider’s account’ of the background to the negotiation of New Zealand’s first comprehensive bilateral trade agreement, the Australia–New Zealand Closer Economic Relations Trade Agreement, or CER. It argues that this agreement marked the first step in the process of a systematic reform of the New Zealand economy along orthodox liberal economic principles, and, in that sense, anticipated the comprehensive internal economic reforms initiated some two years later by the Labour government headed by David Lange. It analyses key ‘drivers’ of CER: the growing realisation that New Zealand was falling further and further behind Australia in its living standards, and the shock of the entry of the UK into the EEC, which forced a diversification of New Zealand trade and foreign policy away from the United Kingdom towards the AsiaPacific region. It includes a critical re-evaluation of the role of Prime Minister Robert Muldoon in the negotiations during a period of New Zealand political history in which he was dominant. 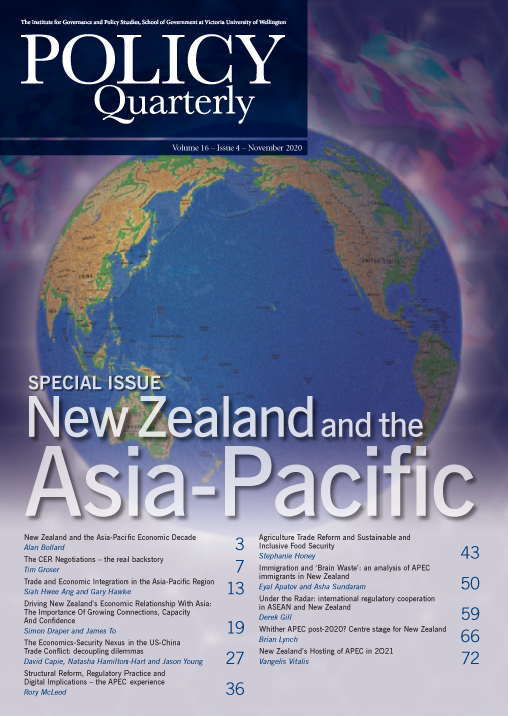