The Politics and Law of Trade Union Recognition: Democracy, Human Rights and Pragmatism in the New Zealand and British Context

In this article, we seek to examine the potential for cross-fertilisation of legal regimes relating to trade union representation of members in collective bargaining. The United Kingdom has moved from an entirely voluntarist model in the 1980s to a statutory regime which facilitates recognition of a trade union following majority support from workers (usually by a ballot). By way of contrast, New Zealand has shifted from a highly regulated award-based model in the 1980s to an "agency" model whereby an employer is required to bargain in good faith with any union representing two or more of the employer's employees, but with some balloting also contemplated for coverage of non-unionised workers. It is uncontroversial that the United Kingdom legislation has been severely limited in its effects in a context of ongoing decline in collective bargaining, while the New Zealand model offers only faint remediation of the dismembering of the collective bargaining system by the Employment Contracts Act 1991. In both legal systems, a Labour Party is now proposing implementation of forms of sectoral bargaining. We explore the reasons for these political and legal developments, exploring democratic and human rights rationales for their adoption, as well as more pragmatic approaches. In so doing we examine the scope for democratic trade union representation via consent or ballot, the role of individual human rights and regulatory rationales. We conclude by considering how representative and regulatory approaches may be mutually reinforcing and address different understandings of "constitutionalisation". In so doing, we reaffirm the emphasis placed in Gordon Anderson's writings on substance over form. 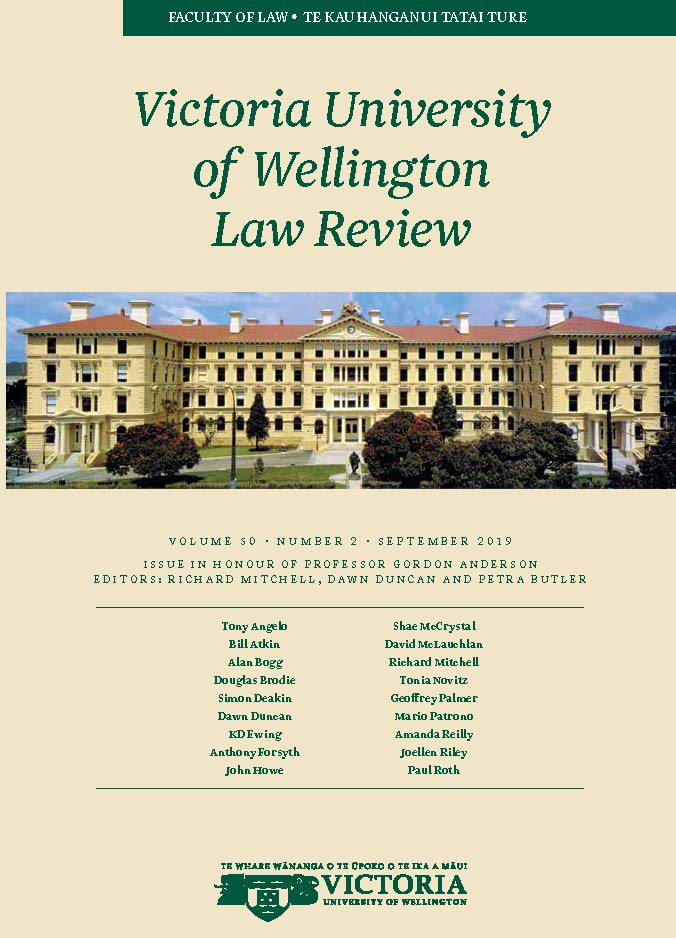